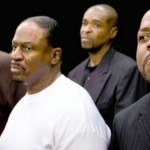 As of Wednesday, it appears certain the U.S. Department of Justice and the U.S. attorney for the Northern District of Illinois have decided not to bring perjury and obstruction of justice charges against former Chicago Police Sgt. John Byrne, who loyally served as convicted Chicago Police Cmdr. Jon Burge’s self-admitted “right-hand man,” and his trusted associate, detective Peter Dignan.

In 1982 Burge summoned Byrne to the Area 2 Detective Division to succeed him as the supervisor of his midnight crew of detectives. For the next decade, Byrne, often with Dignan as a partner, allegedly supervised and participated in torture of African-American suspects that featured electric shock, suffocation with plastic bags and typewriter covers, mock executions, and beatings that were coupled with attacks on the suspects’ genitals and racially laced verbal abuse. This alleged torture, which was found to be “systematic” in 1990 by the Chicago Police Department’s Office of Professional Standards, was allegedly carried out in interrogation rooms, in the stationhouse basement and at remote sites. When Burge was promoted to commander and transferred from Area 2, he brought Byrne with him, and new allegations of torture followed.

False confessions were coerced in numerous cases, suspects were wrongfully sent to prison and some men were condemned to death. Among the cases in which either or both Byrne and Dignan were implicated are those of Michael Tillman, Madison Hobley, Darrell Cannon, Ronald Kitchen, Gregory Banks, David Bates, Aaron Patterson, Steven Bell and Stanley Howard. The city of Chicago has paid out more than $30 million in settlements and attorneys’ fees in civil rights cases brought by these men alone.

Prosecutors, most prominently former Cook County State’s Attorney Richard M. Daley, refused to charge Burge and his men. A Cook County special prosecutor, appointed in 2002, also refused to indict. In the early 1990s, after a “mountain” of torture evidence began to emerge, the U.S. attorney’s office and the Department of Justice chose not to indict as well.

This changed in 2008 when U.S. Attorney Patrick Fitzgerald and his civil rights prosecutors indicted Burge for falsely denying under oath that he tortured suspects, and Fitzgerald publicly proclaimed Burge confederates could not rely upon a “conspiracy of silence.”

Byrne, Dignan and numerous accused confederates, in contrast to Burge, had consistently invoked the Fifth Amendment when questioned in civil lawsuits. However, for a brief period after the special prosecutor ended his investigation, many of them, including Byrne and Dignan, repeatedly denied under oath any knowledge of torture. Byrne gave his denials in December of 2006, and in September and October of 2007, while Dignan’s last sworn denial was on Nov. 28, 2007.

In June 2010 Burge was convicted of perjury and obstruction of justice, and the federal investigation appeared to shift to Byrne, Dignan and several other detectives.

However, the five-year statute of limitations on both Byrne and Dignan’s sworn denials will have expired Wednesday. Noted African-American historian Adam Green, who spoke at the January 2011 Burge sentencing, says leaving the impression the torture was due to just one rogue cop sends the wrong signal. He said, “Just as the actions of the U.S. attorney’s office raised hopes after 2008, their inaction now dashes those hopes and deepens the general frustration residents in the city, particularly African Americans, feel as to whether police are accountable to the public, and to standards of humane society.”

G. Flint Taylor is a civil rights lawyer representing a number of Burge, Byrne and Dignan’s victims and a founding partner of the People’s Law Office in Chicago.