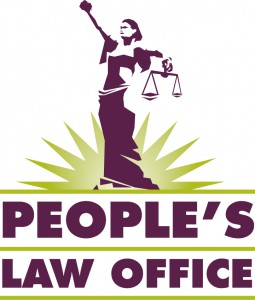 IPRA, Police Accountability and All of Us

Chicago’s Independent Police Review Authority (IPRA) recently released their second quarterly report of 2012 summarizing their work investigating police misconduct and brutality allegations brought against Chicago police officers. The People’s Law Office continues to encourage and promote government transparency and all efforts to make the Chicago police force more accountable to the public they serve and protect, including providing meaningful disciplinary consequences to those officers who beat or abuse people. Victims of police brutality and abuse who courageously come forward must be supported and civil rights litigation employed to advance strategies of justice and social change to improve the conditions for all who live in Chicago.

History of the Current IPRA

Throughout the 40 year history of the People’s Law Office, our Chicago communities have struggled with police accountability issues. From 1968 when the nation watched on television as police rioted and attacked protestors at the Democratic National Convention through the notorious Jon Burge years of police torture, lawyers and activists have worked to expose police abuses and develop systems and mechanisms to discourage perpetrators. In 1974, the Office of Professional Standards (OPS) was created to investigate complaints against police. OPS was a part of the police department, did not have subpoena power, did not publish detailed reports of its work but recorded every complaint, whether or not submitted in writing. In 1998, Human Rights Watch reported OPS employed 65 investigators and claimed to sustain1 approximately 10 percent of investigated complaints.2

In 2007, IPRA was created by municipal ordinance as an independent agency with subpoena power, requiring notifications if an investigation was not concluded within six months and public inspection of summary reports of investigations and the preparation of detailed quarterly reports indicating the number of total investigations, how many complaints were brought against individual officers in each district without identifying the officer, any investigations that were referred to other agencies and whether an investigation was sustained. (Ordinance Ch. 2-57, et seq.) IPRA proclaims its creation was “in response to concerns about how allegations of police misconduct were being investigated by the Chicago Police Department” and describes its function to intake “all allegations of misconduct made against members of the Chicago Police Department.” www.iprachicago.org/about.html

IPRA’s quarterly report, dated July 16, 2012, and available at www.iprachicago.org, provides information for the time period between April 1st and June 30th of 2012. During this time period there were 2,155 complaints. IPRA forwarded 1,462 of these complaints to the Internal Affairs Division of the Chicago Police Department for resolution presumably because the complaints did not involve allegations within IPRA’s jurisdiction, i.e. were not claims that police officers committed “excessive or deadly force, domestic violence, verbal abuse based on bias, or coercion.” (iprachicago.org/howtofile.html) Fifteen complaints were referred to the Cook County State’s Attorney’s Office for investigation.

Thus, 693 complaints were retained by IPRA during this three month period. The nature of these complaints were predominantly classified by IPRA as follows: 201 Complaint Register Numbers; 239 Pre-Affidavit Investigations, 191 reported uses of Tasers or pepper spray, 40 incidents of police shootings and 9 extraordinary occurrences. An “extraordinary occurrence” is a death, injury or unusual event involving a person in a lockup facility or police custody. Although this number does not add up to the total complaints retained, it is unclear how the missing 13 complaints are characterized, if at all.

The IPRA report also characterizes the complaints by police district with the most complaints (134) coming from the South Side Gresham neighborhood and the least (28) from the North Side Albany Park neighborhood. By ordinance, the report is required to also contain information regarding whether particular district officers received more than one complaint. Five district officers and one officer assigned to the Major Accident Investigation Unit received three complaints during this time period or approximately one complaint per month.

Approximately 10 of the 23 cases involved allegations of police brutality, referred to as, “inappropriate physical force,” although about half of those cases were brought by complainants who were also police officers or individuals clearly involved in a personal or domestic relationship with the accused. It was difficult to identify whether the complainants in many of the cases were subject to arrest by the accused officer. The 23 sustained cases were about evenly split concerning whether the complained of conduct was committed while an officer was on or off duty. Considering the cases alleging misconduct on duty, in only five cases were allegations sustained that involved physical brutality or improper treatment of arrestees. (##1037959, 1024576, 1034720, 1027491, 1025858)

Only four of the sustained cases involved the improper discharge of any weapon, including a single allegation of an accidental discharge of a Taser. Half of those cases were referred to mediation. (## 1051707, 1045912)

20 of these 23 cases involved incidents occurring more than two years prior, with about half of those involving incidents older than four years. Only three cases involved conduct alleged to have occurred in 2011 or 2012.

Reflections on the IPRA’s Data and Summary Report

The more than 2000 complaints taken in by IPRA during this quarter and the 693 retained resulted in no more than 454 potentially substantial investigations. IPRA fielded 28,176 complaints between 2009 and 2011 and its team of 48 investigators “were responsible for vetting 6,416.”3 During this quarter the 239 cases classified as “pre-affidavit investigations” and the 264 investigations closed due to a complainant’s failure to sign a required affidavit attesting to the complaint under penalty of perjury are extremely problematic. This means that over 500 cases alleging police brutality or misconduct will never be appropriately investigated.

It is difficult at the outset for an individual to come forward with a complaint against a police officer. Police department claims that complaints are predominantly brought by arrestees who have an axe to grind against officers are belied by the data. In fact, the vast majority of the more than 167,000 arrestees each year do not bring complaints.4 An individual receives no tangible benefit from filing a complaint. A complainant is intimidated by the process and obviously many simply drop their complaint. Civil rights attorneys in Chicago routinely advise clients who wish to file lawsuits to forego IPRA. Seventy-five percent of 441 police misconduct cases reviewed by the Chicago Reporter were based on excessive force and false arrest allegations. The Chicago Reporter’s analysis from 2009 to 2011 revealed that not a single allegation from a civil rights lawsuit was sustained and 91% of lawsuits reviewed by IPRA were closed due to the absence of an affidavit. 5

The data revealed by IPRA does not appropriately or adequately reflect the incidents of police misconduct in the City of Chicago. While OPS claimed sustained rates up to 10 percent, only 1 percent of allegations investigated by IPRA between 2009 and 2011 were sustained according to the Chicago Reporter. In more than eight times the number of sustained cases or in 198 cases, IPRA simply closed the investigation concluding there was insufficient evidence to prove or disprove the allegations during this time period. There is certainly a problem in a system that for the majority of the complaints, those without affidavits and those “not sustained,” there can be no substantive conclusion. The delays in completing investigations is also problematic. The fact that many of the cases that do get sustained involve police and related victims raises the alarming specter that civilians experience difficulties in proving their complaints and are not afforded credibility.

The dearth of sustained complaints involving the use of weapons also raises concerns. The Chicago Tribune reported that as the city arms more officers with Tasers, the use of Tasers obviously exponentially increased (by 329 per cent) while police shootings did not significantly decrease and in fact deadly force was up significantly in 2011. (Trib, 7/20/12) Officers may be more often reaching for Tasers in situations where a gun would not be drawn and firing those Tasers in more situations. Dr. Douglas Zipes of Indiana University also explains that Taser use can lead to cardiac arrest and death. IPRA claims in its recent quarterly report that Log Numbers are issued for every Taser use or shooting about which it is notified and for discharges of pepper spray at the request of CPD personnel. The Tribune report argues that since 2010, many investigations of Taser use only involve inspection of police documentation and that the agency does not have the resources to thoroughly audit incidents of Taser use.

The alarming fact that six officers received one complaint each month during the quarterly audit illustrates the ongoing and devastating problem of “repeater beaters” or particular officers who are the subject of multiple complaints of misconduct. IPRA contributes to this conspiracy of silence by not identifying any system to bring attention to repeat offenders. The ability of all officers, whether disciplined or subject to repeat complaints, to engage in their conduct in anonymity guarantees that police misconduct will not decrease. The civil rights lawyers at People’s Law Office have consistently fought over the years to expose to public scrutiny the identities of repeat offenders to provide political muscle to isolating and routing out these worst of the worst in hopes of changing the police culture that tolerates misconduct and abuse of civilians. The City’s plaintiff’s civil rights bar continually faces defense attempts to obscure a police officer’s disciplinary background and ensure an officer’s complaint history is not made public. An Illinois state appellate court found a complaint against a police officer in the performance of his public duties was not a matter of personal privacy but then promptly withdrew that opinion until the Supreme Court directed further decision which remains to be issued in the case of the coerced confession of Mr. Kilroy Watkins by Detectives Kenneth Boudreau and John Halloran, associates of convicted perjurer and police commander Jon Burge.

The continued and combined efforts of survivors of police brutality and civil rights lawyers are critical and indispensable. IPRA is not a panacea and it is important to critically analyze IPRA’s work as mandated by the transparency required by the ordinance creating IPRA. The conclusion that a mere 1 per cent of complaints brought against police will be substantiated and lead to any modicum of discipline is unacceptable. Those abused by police must be supported and their courageous efforts in coming forward must be credited, acknowledged and appreciated. Lawyers must be encouraged to expose the putrid wound of brutality to the healing air of public exposure. All who value justice must come together to emphatically state that police abuse and brutality will not be tolerated in our City.

Read more about the work of People’s Law Office in opposing police brutality.

1 Investigations by both OPS and IPRA result in one of the following findings:  Sustained (allegation supported by sufficient evidence to justify disciplinary action); Not Sustained (allegation not supported by sufficient evidence which could be used to prove or disprove the allegation); Unfounded (complaint not based on facts as shown by the investigation, or the reported incident did not occur); Exonerated (incident occurred, but the action taken by the officer(s) was deemed lawful and proper).