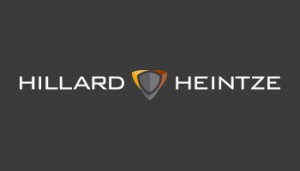 During a week in which Chicago Mayor Rahm Emanuel’s disapproval rate on two racially charged local issues skyrocketed, he found time to write a glowing letter to Federal District Judge Susie Morgan in support of former Chicago Police Superintendent Terry Hillard’s bid to become the monitor of the sweeping consent decree that the Department of Justice has obtained to oversee the New Orleans Police Department.

The 122 page decree comprehensively deals with issues of police use of deadly force; supervision, training and discipline; gender bias, domestic violence and sexual assault; arrests, searches and custodial interrogations; crisis intervention; and secondary employment. The decree also provides for transparency, oversight, and community involvement in the form of an interdisciplinary Criminal Justice Coordination Group, a Police-Community Advisory Board, a community based Restorative Justice Project, comprehensive audits, data collection and analysis, and an independent monitor, jointly selected by the parties and approved by the court. Judge Morgan entered the decree this January, and has set a fifth public hearing on the contested question of the monitor for the Superdome on May 28th.

After unsuccessfully trying to back out of the decree, New Orleans Mayor Mitch Landrieu proposed Hillard as the City’s choice for monitor. New Orleans civil rights attorney Mary Howell contacted me to investigate Hillard’s qualifications for the job. In response, I wrote a letter that attorney Howell, who has been courageously fighting against police brutality in New Orleans for more than 35 years, presented with her public comment. The letter set forth Hillard’s role in the continuing cover-up of the Chicago police torture scandal:

When Hillard became the Superintendent in 1998, the Chicago Police Department’s Office of Professional Standards (OPS), after more than a decade of police cover-up and denial, had made an official determination that there was systematic police torture of African American suspects that was led by Police Commander Jon Burge which included the use of electric shock, suffocation, and mock executions; Burge had been fired; and OPS investigators had made specific disciplinary findings that Burge’s “right hand men” had tortured a number of suspects. Hillard’s top aide, rather than acting on these disciplinary findings, summarily overturned them, an act that Hillard expressly ratified. When more than 50 community groups and civic leaders asked him to reverse his decision and mandate an independent investigation, Hillard refused to do so. This conduct led to a continuation of the cover-up and wrongful imprisonment of numerous African-American men for another decade. These actions also provided the basis for Hillard and his aide’s inclusion as defendants in no fewer than five federal court torture/wrongful conviction cases, three of which have been settled for a total of approximately $17,000,000, while the other two are still pending.

The letter also recounted Hillard’s role in two other Chicago high profile cases where he approved the wrongful arrests of two young boys for the murder and rape of 11 year old Ryan Harris and the subsequent arrest of 800 demonstrators who were peacefully protesting the start of the Iraq war.

In response, Hillard solicited a number of letters including from Mayor Emanuel, longtime powerful Chicago Alderman Ed Burke, and former CPD Deputy Superintendent Charles Ramsey. Emanuel, who wrote “as Mayor, a publicly elected official, and as a private citizen,” highlighted his recent appointment of Hillard as chair of the public safety committee in charge of facilitating the highly unpopular closing of 54 Chicago Public Schools. Emanuel also touted Hillard’s “personal integrity and high professional standards” and his confidence that, that, as monitor, Hillard would “play a crucial leadership role” in “helping the people of New Orleans begin to regain trust in their Police Department and the new practices of constitutional policing that will ultimately transform it.”

These letters did not sit well with two longtime veterans of the battles against police brutality and corruption in Chicago. In his public comment, Howard Saffold, a founding member and past president of the African American Police League who acted as the Coordinator of Security for Mayor Harold Washington, recounted how he was compelled to remove Hillard from his security staff, and shined a light on Hillard’s powerful advocates:

Unfortunately, there is absolutely no track record of Hillard, or those who have written in his support, advocating public policy changes in Chicago. It is a sad fact that retaliation from the desk of some of those powerful letter writers still rules here and silences voices of change. In fact, the all-powerful Ed Burke was one of the leaders of the 29 white aldermen who unsuccessfully sought to drive Mayor Harold Washington from power during his first term, and Charles Ramsey was Deputy Superintendent during a period where his direct supervisor, Superintendent Leroy Martin, was actively covering up findings of “systematic” police torture.

In her public comment, Mary Powers, longtime coordinator of Citizens Alert, a Chicago organization which has fought for police accountability for more than four decades, raised Citizen Alert’s “most serious concern” which arose from “Mr. Hillard’s consistent stonewalling of community requests that he employ the authority of his office to reopen investigations of systematic torture by Jon Burge and CPD officers under his command” and “substantially contributed to the continuation of a decades long police torture scandal.”

Historically, New Orleans has been a sister city to Chicago when it comes to a long standing tradition of racially motivated police torture, deadly brutality, and systemic cover-up. In a certain sense then, it should not surprising that New Orleans would seek a kindred spirit from Chicago to “monitor” its Department. Unfortunately, it is also not be surprising that the City’s Mayor and most powerful Alderman would attempt to swing some good old fashioned Chicago clout to help their sister city in police crime. Like their very unpopular move to close 54 Chicago public schools, their war with the Chicago Teacher’s Union, their refusal to apologize to the African American community on behalf of the City for decades of police torture, and their continued funding of Jon Burge’s defense, Emanuel and Burke’s advocacy for Terry Hillard is yet another galling manifestation of their abiding lack of respect for Chicago’s African American community.