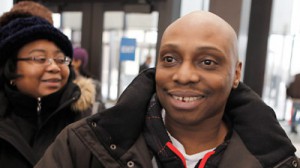 Tillman was arrested for murder in July of 1986 and tortured by two teams of Area 2 detectives working at the direction of Lt. Jon Burge and his “right hand man” John Byrne.  As a result of the torture, he made false statements that led to his wrongful conviction.

Below is an excerpt from a Chicago Tribune article about the settlement, written by Hal Dardick

Cook County commissioners agreed Monday to pay $600,000 to settle the county’s portion of a lawsuit brought by a freed prison inmate whose allegations of police torture have shined a spotlight on former Mayor Richard Daley.

By voting to settle, commissioners removed county government as a defendant in the case brought by Michael Tillman, who alleges that detectives working for then-Chicago police Lt. Jon Burge tortured a confession out of him in a 1986 rape and murder case.

The allegations against the city, Burge, other officers and Daley remain in court. Daley, who has denied all allegations against him, is accused in the civil suit of conspiring to cover up torture both as state’s attorney when Tillman was first convicted and later as mayor.

To read the entire article, visit the Chicago Tribune