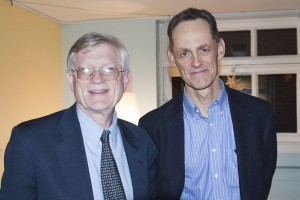 My Kind of Town: A Compelling Play about Chicago Police Torture

A Review by Flint Taylor of People’s Law Office

On May 11, 2012, My Kind of Town, a compelling play about Chicago police torture that was written by award winning investigative journalist John Conroy and directed by Nick Bowling, opened at the TimeLine Theatre in Chicago. Conroy, who has covered, investigated, and written about the torture scandal since 1989, has brought his deep journalistic understanding of the subject to the stage in a manner that the most seasoned playwright would be proud of.

The two hour play is set in the early 1990’s and centers around Otha Jeffries, an angry African American man who sits on death row. In one of the plays most powerful scenes, Otha describes in emotional and graphic detail how he was tortured into giving a confession to a capital crime. Otha is supported in his quest for justice by his mother, Rita, his police officer father, Albert, and his pro bono lawyer, Robert Morales. As the play unfolds, the audience learns that Otha’s case has recently been returned to court for a hearing on his allegations that he has been tortured by members of Commander Jack Gunther’s midnight crew of detectives.

Paramount among the torturers is Irish detective Dan Breen. An African American detective, George Dawson, and an assistant state’s attorney, Maureen Buckley, also appear to have first-hand knowledge of Otha’s torture. Much of the play’s drama is projected through the interactions between Breen and his apologist wife Ann, between Ann and her skeptical sister Peg, as well as between and among Otha, his mother, his father and his lawyer. The tension on all sides builds as the hearing date nears and Otha’s father reveals some new evidence that points towards Otha’s innocence. At the hearing, Otha again passionately tells his story, and Breen skillfully denies any wrongdoing. The play concludes with Otha’s lawyer confronting Buckley on the witness stand, followed by Otha and his mother passionately discussing his guilt or innocence. 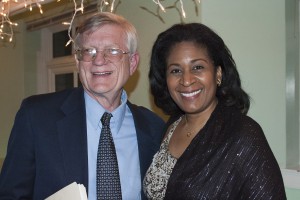 While Gunther clearly depicts the now convicted torture mastermind Jon Burge, the other characters appear to be composites of several well known police torture victims, some of Burge’s notorious operatives, and the family members of several torture survivors. The play portrays the racism so central to the torture scandal, the power of the police code of silence, and the lack of public outrage, and more than hints at the role of Mayor Richard M. Daley in the ongoing scandal. Most importantly, it also places before the audience the central human rights question of whether it is ever acceptable for a government agent to torture a suspect or detainee, and whether that person‘s guilt or innocence should have any bearing on that determination.

To read further on the Chicago police torture scandal, visit the Chicago Police Torture page on this site or the Chicago Reader Archives of John Conroy’s articles.