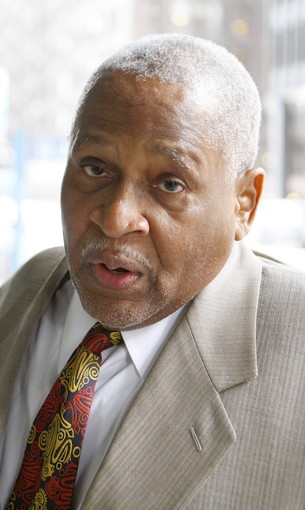 On June 13, 2012, People’s Law Office lawyers Flint Taylor and John Stainthorp, with the able assistance of pro bono lawyer Peter McCabe of Winston and Strawn, obtained a substantial settlement for 80 year old Oscar Walden who was tortured by Chicago Police and wrongfully convicted of the rape of a white woman in 1952. The lawyers utilized a creative Monell municipal policy and practice claim to bring the case against the City of Chicago long after the police officers who tortured and framed Walden had died.

The case went to trial in 2011, sixty years after the crime took place, and eight years after Walden obtained an innocence pardon from then Governor George Ryan. The City was represented by Andrew Hale and Avi Kamionski, who were paid more than $370,000 in taxpayers’ money. They engaged in a pattern of trial conduct that District Judge Ruben Castillo subsequently found to be “unethical” and so prejudicial that he overturned the jury verdict in favor of the City and granted Walden a new trial.

Facing Walden’s sanctions motion that was based on this pattern of attorney misconduct and which sought $330,000 in attorney’s fees, and a Judge who had sounded a stern warning that the re-trial would not be tainted with further prejudicial misconduct, the new City administration offered Walden a substantial settlement which he accepted as the final step in his 60 year battle for complete vindication. The amount of the settlement will remain confidential until it is presented to the City Council for approval, most likely in July.

To read more about our wrongful convictions work, visit the Wrongful Convictions page on this site.