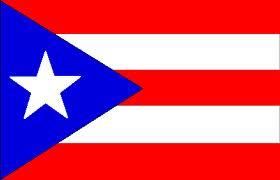 Over 800,000 voters in Puerto Rico voted on August 19, 2012 on a referendum to amend the island’s constitution to give judges the right to deny bail to defendants in certain criminal cases and to reduce the size of the legislature. The pro-statehood ruling New Progressive Party waged a well-financed campaign that saturated television and radio with ads that were blatantly misleading and shamelessly appealing to people’s concerns and fears of the rising tide of crime in Puerto Rico. A clear majority of 54% resoundingly rejected these fear mongering appeals to emotions and outright lies. This was a great victory for civil liberties in Puerto Rico as well as a blow against political campaigns fueled by money and the electoral machinations of the New Progressive Party and their colonial partners the pro-commonwealth Popular Democratic Party.

The campaign against the referendum was impressive. Political Parties like the Puerto Rican Independence Party (PIP), Party` of the Working People (PPT), Sovereignty Movement Union (MUS) and the Puerto Ricans for Puerto Rico Party all worked tirelessly to defeat the referendum. Even more impressive were the coming together of a grass roots Committee called Comité de Pueblo en Defensa de la Fianza (People’s Committee To Defend the Right to Bond). This group led by the Colegio De Abogados (Bar Association) was able to bring together the various efforts of major political and opinion leaders, as well as sections of students, workers, unions, communities, churches and religious, political organizations, professionals, lawyers, civil and human rights, among others against the referendum. They did an effective job of educating and mobilizing as well as recruiting volunteers to defend the NO votes at polling stations across the island.

I was in Puerto Rico during the month of July. I saw huge professionally designed billboards on the side of all the major roadways in support of the amendments. In one a photo of two handcuffed youths, defiantly giving the “finger” while menacingly glaring at the camera. The motto of the PNP was “If you don’t vote, they win.” One could not watch more than 10 minutes of TV or listen to more than a few songs over the radio and not be exposed to ads in support of the referendum. Mother’s of murdered sons were shamelessly used in ads in support of the amendment. In comparison the media campaign by those that rejected the amendment were much more modest. I saw mostly small posters plastered on underpasses or nailed to trees. Occasionally banners were hung from bridges. Ads on TV were virtually non existent nevertheless the opposition found creative ways to get their message out utilizing radio, the internet, emails, Facebook, and twitter. Also caravans were organized going out throughout the island educating and mobilizing people against the referendum.

As is common in Puerto Rico, discussions about the amendment were everywhere. One could not enter a restaurant, grocery store, gas station and especially a bar without hearing people talking about the referendum. I spent almost all my time in a semi-rural impoverished area in North Central Puerto Rico. There was universal rejection of the amendment. Many saw it as just another attack against poor people. There is a general distrust of the criminal justice system particularly the police who are known for their sloppy investigations and tampering with evidence. No one believed that money saved from a reduction in the number of legislators would be put to good use. Many felt that it would just be more money for corrupt politicians and administrators to appropriate for patronage, pet projects or outright theft. Several well publicized cases of wrongful arrests of innocent men that endured months of incarceration for serious crimes and later dropped by the state added to people’s apprehension to giving the state more power.

The defeat of the referendum is having a profound impact on the island’s immediate political future. The political elite of the island totally mis-read the people’s sentiment. Days before the referendum “El Nuevo Dia”, island’s largest newspaper, published a poll indicating that a majority were exhausted by the island’s high crime rate and with a constantly bickering legislature were leaning towards overwhelmingly voting for both measures. They were wrong.

The defeated referendum also created strange bed fellows with the 2 major parties defined by their support for pursuing U.S. statehood or remaining a U.S. commonwealth (colony). Governor Luis Fortuño, a pro-statehood Republican and president of the New Progressive Party and his principal opponent in November’s gubernatorial election, Senator Alejandro Garcia Padilla, a pro-commonwealth Democrat and president of the Popular Democratic Party supported the amendments.

In addition Ex-Police Superintendent Pedro Toledo, stated that denying bail would increase the prosecution rate for murders, which is currently a dismal 30%. According to him potential witnesses fear being killed by suspects who are out on bail and therefore do not cooperate with the police. “Having the accused remain in jail will take away the pressure on a witness and their family,” Toledo told a news conference with other judges who supported the amendment.

Already there are pundits and political leaders who are trying to downplay the impact of the NO vote. They are attempting to frame rejection of the referendum as a case of a last minute change of sentiment by the electorate. This is an attempt to deny the effectiveness of the NO Campaign and a mass rejection of the leadership of both major parties. Just as over a decade ago Puerto Ricans came together in a successful campaign to free the political prisoner and get the U.S. Navy out of Vieques the people have once again demonstrated their ability to fight against attempts to take rights away from them and for peace, justice and freedom.