On March 27, 2013, U.S. District Judge Harold Baker, sitting in the Central District of Illinois, entered a judgment against the City of Paris, Illinois, former Paris Police Chief Gene Ray, former Paris detective James Parrish, and former Edgar County State’s Attorney Michael McFatridge that requires that the City of Paris, Edgar County, various insurance companies, and the State of Illinois pay Randy Steidl a total of $3.5 million dollars. When combined with the $2.5 million dollars already paid to Steidl by the State of Illinois on behalf of several Illinois State Police Defendants last year, the total amount of the award is $6 million. 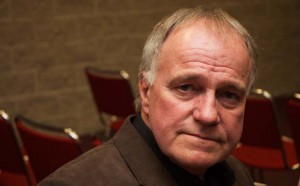 Randy Steidl was wrongfully convicted in 1987 for a gruesome double murder in Paris, Illinois that he did not commit. He spent 17 years in jail, 12 on death row, until he was exonerated by the Federal Court in 2003. Investigators from the Illinois Attorney General’s Office and the Illinois State Police found that the witnesses against Steidl were “created,’’ that their version of events were “impossible,” that important evidence was suppressed from Steidl, and that he and his co-defendant, Herb Whitlock, were innocent of the crimes for which they were convicted.

In 2005 People’s Law Office lawyers filed a civil rights lawsuit on Steidl’s  behalf that, after eight years of litigation, including two successful appeals and one trip to the U.S. Supreme Court, has been resolved by this judgment. However, Mr. Steidl’s pursuit of justice and full compensation is not complete, as Illinois Governor Pat Quinn, like Governors Rod Blagojevich and George Ryan before him, has refused to act on Steidl’s request for a pardon on the basis of innocence. Additionally, the State of Illinois has, to date, refused to honor its statutory obligation to pay State’s Attorney McFatridge’s portion of the judgment.

Mr. Steidl, a leading member of Witness to Innocence and a public advocate for the national abolition of the death penalty, made the following statement concerning his case:

I am both pleased and relieved that, after 25 years of fighting for justice, I have finally resolved my civil case. While no amount of money can fully compensate me for what I have suffered, this judgment and the prior settlement establish, once and for all, that I was wrongfully convicted for crimes I did not commit. However, my pursuit of justice will not end until my name is completely cleared by an innocence pardon from the Governor.

Co-Plaintiff Herbert Whitlock, who was represented by separate counsel, previously settled his case for an undisclosed amount.