On October 16, 2016, Iberia Hampton died after a long illness at the age of 94. We can not put into words how much Iberia, known affectionately as Big Mama, meant to us. The foundation of the People’s Law Office was grounded in the life and the December 4, 1969 assassination of Fred Hampton, and our collective struggle to uncover, expose, and teach about the truth of Fred and Mark Clark’s murders at the hands of the Chicago police, the Cook County State’s Attorneys’ Office, and the FBI’s Cointelpro Program. Iberia and Fred’s brother Bill stood with us during our many decade battle, and she was a second mother to Jeff and Flint, who remained devoted comrades and friends with her up and until the time of her death. On October 26, 2016, the Cook County Board of Commissioners passed a unanimous resolution honoring Iberia, Fred, and the Hampton family. Iberia Hampton, like her son Fred, was a true inspiration to all of us and will continue to inspire us in our work. 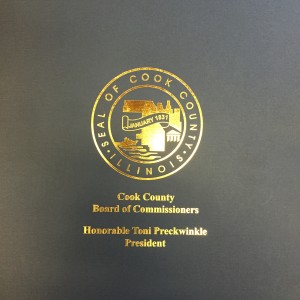 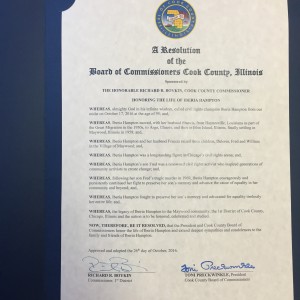