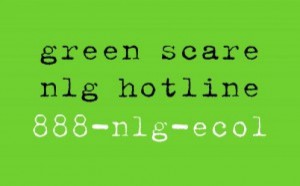 The “Animal Enterprise Terrorism Act,” the Green Scare and the Criminalization of a Movement
By Brad Thomson, Legal Worker

This post is adapted from a recent presentation on an “Environment and the Law” panel at the Climate Crisis Chicago Conference The panel was examining ways in which the law has been used either to further the interests of industries causing harm to the environment or to target and prosecute activists. I was asked to speak on the animal rights movement and how these issues relate to activists opposed to animal exploitation.

In examining the legal risks faced by climate justice activists and the environmentalist movement, it is useful to examine the ways in which the criminal legal system is used against animal rights activists. First, it is important to acknowledge that advocating for non-human animals is an environmentalist issue which can advance the interests of the climate justice movement. Specifically, animal agriculture is a major cause of climate change and adopting a vegan diet is one of the best steps people can take to reduce their carbon footprint.

Secondly, examining the criminalization of the animal rights movement is instructive in that it is part of a larger strategy by in this country to target and disrupt the environmentalist movement. Over the last decade, we have witnessed the “Green Scare”- the heavy handed response by government and law enforcement in arresting, prosecuting and demonizing environmentalists under the guise of “anti-terrorism.” This trend is a continuation of the decades-old strategy of the government to label activists as “terrorists” in an attempt to undermine and dismiss otherwise effective movements. (For more information on the Green Scare, I would recommend the writing of Will Potter: his blog greenisthenewred.com and his book “Green Is The New Red: An Insiders Account of A Social Movement Under Siege.”

One clear example of the targeting of animal activists is the Animal Enterprise Terrorism Act (AETA) which was passed by Congress and signed into law in 2006 which amended and expanded the Animal Enterprise Protection Act (AEPA). The AETA makes “damaging or interfering with the operations of an animal enterprise” or “intentionally plac[ing] a person in fear of death or serious bodily injury” federal crimes of terrorism. One of the most significant changes from the AEPA to the AETA was the inclusion of “tertiary targets” meaning “any real or personal property of a person or entity having a connection to, relationship with, or transactions with an animal enterprise.” This expands the scope so broadly to include any entity that has any relationship with an animal enterprise, which the statute defines as:

(A) commercial or academic enterprise that uses or sells animals or animal products for profit, food or fiber production, agriculture, education, research, or testing;
(B) a zoo, aquarium, animal shelter, pet store, breeder, furrier, circus, or rodeo, or other lawful competitive animal event; or
(C) any fair or similar event intended to advance agricultural arts and sciences

This broad scope of what entities could fall within the statute is an example of the danger of the AETA. Any individual interested in advocating on behalf of animals is left to wonder whether their action could be perceived as violating the law, particularly considering the AETA includes a potential “conspiracy” charge which allows for prosecution and conviction not based on an individual’s action alone, but based on their connection to other people’s actions, regardless of participation or even knowledge of the specific actions.

We have seen a number of prosecutions under both the AEPA and the AETA. These prosecutions have been notable in that they have both criminalized activity that is generally protected by the First Amendment, such as chanting and leafleting and also been used in instances of underground direct actions which are already criminalized by existing federal or state statutes. There have been constitutional challenges to the AEPA and AETA, none of which have been successful and currently no prosecutions are pending.

The most promising legal challenge at this time is Blum v. Holder, a federal civil lawsuit filed by five animal rights advocates challenging the AETA. The five activists, represented by lawyers from the Center for Constitutional Rights (and members of the NLG) are arguing that the AETA is unconstitutional on its face due to the fact that the language of the statute is overbroad and vague and could criminalize otherwise constitutionally protected activity. In particular, the suit charges that this statute leads to a “chilling effect” where people choose not to participate in constitutionally protected activity out of fear of prosecution. The suit was filed in December of 2011 and the government filed a Motion to Dismiss in March of 2012. This Motion to Dismiss has been fully briefed and was argued in the Federal District Court of Massachusetts in August of 2012. The plaintiffs and their attorneys are currently awaiting the judge’s decision. Go to CCR’s website for more info and updates on the suit. (http://ccrjustice.org/ourcases/Blum)

The National Lawyers Guild has been vocal in its opposition to the AETA for years, exposing the collusion between corporations and the government, representing activists charged under the AEPA and AETA and operating a “Green Scare Hotline.” NLG has also recently established an Animal Rights Activism Committee which is organizing to use the law to end animal exploitation and provide resources to animal rights activists who are criminalized because of their involvement in the movement for animal liberation.

The AETA, the Green Scare and the larger government strategy of targeting activists under the guise of “anti-terrorism” creates a real threat to vibrant social movements and civil liberties. Lawyers, legal workers and law students with the NLG are deeply committed to challenging this government strategy and defending activists when they are charged with crimes for their participation in movements. While there is a crucial role for legal professionals a great deal can be done through the legal system, the battle cannot be fought in the courts alone. One of the best ways to fight back against these government tactics is to courageously and vociferously exercise your rights and advocate for these movements and the issues they are concerned with. Fearlessly and vociferously advocating for the liberation of animals is one of the best things an individual can do not only for animals, but for the environment, for civil liberties and ultimately for humanity.

Brad Thomson is a legal worker member of the National Lawyers Guild and is active on the Mass Defense Committee, Military Law Task Force and the newly formed Animal Rights Activism Committee. Brad works as a paralegal and private investigator for People’s Law Office, a civil rights law firm in Chicago focused on police misconduct and criminal defense, particularly for social justice activists.