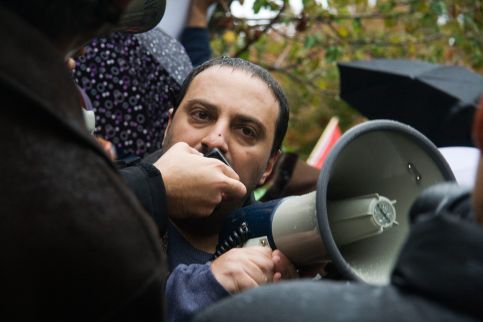 Since the very beginnings of People’s Law Office, one of the basic tenets of the office has been a commitment to use legal skills to defend political activists from repression by the local, state and federal governments.  This work upholding civil liberties has often included defending individuals who are subpoenaed to federal grand juries because of their political beliefs.

Presently, the experience of People’s Law Office with grand juries has put them in a position to lead a coalition of lawyers representing anti-war and international solidarity activists, whose homes were raided in September of 2010.  These activists, along with others doing Palestine solidarity work, were subpoenaed to a federal grand jury in Chicago.  All 23 people refused to collaborate with the grand jury and now await the possibility of indictments under the draconian “material support law” which makes it a crime to act in solidarity with groups who have been designated as foreign terrorists by the U.S. government.  A recent opinion by the Supreme Court, Holder v. The Humanitarian Law Project, held that even First Amendment solidarity work can be the basis for violations of the material support law.  The office is continuing to counsel these activists and is awaiting possible indictments.

Beginning in the mid 1970s, leaders and activists from the Chicago Puerto Rican community and their Mexican supporters from the Southwest were targeted by federal grand juries investigating the Puerto Rican Independence movement.  It was during the representation of subpoenaed activists, who asserted the principle of “non-collaboration” with political investigatory federal grand juries, that People’s Law Office learned of the extraordinary governmental power and prosecutorial misconduct of using the grand jury to force political activists to testify before secret proceedings or be imprisoned without specific criminal charges or trial.  This work representing Independentistas resisting grand juries continued in Chicago for over 18 months.  Subsequently, lawyers from the office also represented Independence activists indicted in New York for criminal contempt arising out of their refusal to testify before a grand jury there. 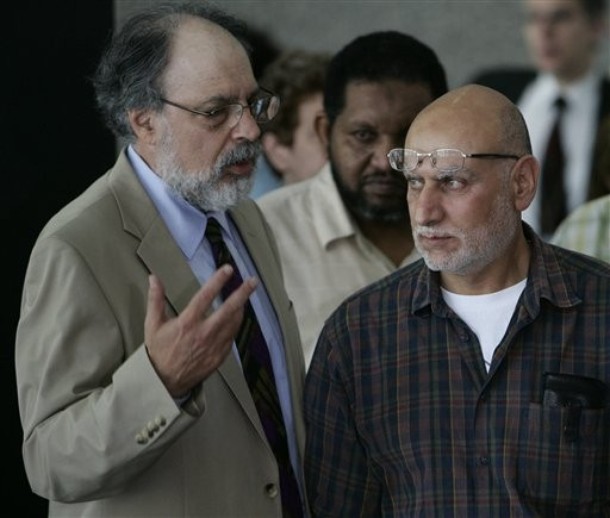 In recent years, People’s Law Office defended a Chicago-area Palestinian community leader, Muhammad Salah, falsely accused of being a military leader of Hamas and charged with a racketeering conspiracy (RICO), along with co-defendant, Dr. Abdelhaleem Ashqar.  There was a hearing to suppress a confession resulting from torture by the Israeli secret police.  This hearing, held in a closed federal courtroom was unprecedented because of its secrecy and the Constitutional issues it raised.  After a three month trial both Mr. Salah and Dr. Ashqar were acquitted of the RICO charge, but convicted of a much less serious charge of obstruction.  While Mr. Salah was sentenced to 21 months in prison, Dr. Ashqar, whose obstruction conviction was based on his refusal to testify before a grand jury was sentenced to 135 months, based on the imposition of the terrorism enhancement guideline.  When Dr. Ashqar’s lawyer died after conviction, People’s Law Office took over his defense, unsuccessfully challenging his sentence in the Supreme Court, and subsequently through a writ of habeas corpus.  To read further about Dr. Ashqar’s case, read Michael Deutsch’s article

People’s Law Office also recently defended Scott DeMuth, an animal rights activist accused of being a member of the Animal Liberation Front (ALF) and destroying an animal testing lab.  DeMuth was subpoenaed to a grand jury in the federal court in Iowa, where he refused to testify and was subsequently charged with “Animal Enterprise Terrorism.”  After months of pre-trial challenges, the Iowa charges were dismissed in return for a 6 month sentence for a separate incident in Minnesota.

For More Information on People’s Law Office’s work on this Issue:

Civil Liberties, the Rule of Law and Political Repression in the Age of Obama: written by Michael Deutsch

The Improper Use of the Federal Grand Jury: An Instrument for the Internment of Political Activists, written by Michael Deutsch

Secrets and Lies: the U.S. and Israeli Persecution of Muhammad Salah, Part I and Part II, written by Michael Deutsch and Erica Thompson.

The Grand Jury and the Persecution of Dr. Abdelheem Ashqar  Article by Michael Deutsch in the Electronic Intifada

Michael Deutsch speaking on grand juries at 2011 conference of Illinois Coalition for Peace, Justice and the Environment: Audio Recording of Speech