Defending the Black Panther Party and the Legacy of Fred Hampton 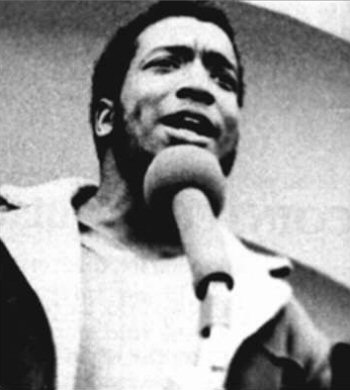 Peoples Law Office was founded in August of 1969, and lawyers from the office began representing numerous members of the Illinois Chapter of the Black Panther Party (BPP), most notably BPP Chairman Fred Hampton and BPP Minister of Defense Bobby Rush, in numerous cases that ranged from disorderly conduct for selling the BPP newspaper to attempted murder for defending the Panther offices from police attack.  On December 4, 1969, Chairman Fred and Peoria BPP leader Mark Clark were murdered, Hampton while he was sleeping in his bed, by a pre-dawn raiding party of machinegun wielding Chicago police officers who were acting at the direction of Cook County State’s Attorney Edward V. Hanrahan.  A team of lawyers, law students and legal workers from People’s Law Office was quickly mobilized, and a 13 year struggle to obtain justice and expose the truth about the murders began.

The team spent 10 days in Hampton’s apartment, painstakingly recovering evidence and documenting that the police raid was a search and destroy mission rather than a shoot-out between the Panthers and the police.  Attorneys from People’s Law Office represented several of the seven surviving Panthers who were wrongfully charged with attempted murder by Hanrahan’s office, and the charges were dismissed after the lawyers established that the police had manufactured key ballistics evidence.  In June of 1970, People’s Law Office filed massive civil rights law suits seeking damages on behalf of the Hampton and Clark families and the surviving Panthers.  Through these lawsuits, the office was able to uncover and prove that the raid was set up by an FBI informant-provocateur pursuant to the FBI’s secret COINTELPRO program and its mandate to “neutralize” the Black Panther Party and its leadership.  In 1976 and 1977, lawyers from the office tried the damages cases in what was then the longest civil rights trial in Federal court history.  Although the hopelessly biased trial judge refused to let the jury decide the case, the attorneys won a landmark decision on appeal, successfully defended it in the U.S. Supreme Court, and, after 13 years of intense litigation, People’s Law Office obtained what was then the largest civil rights settlement of its kind. 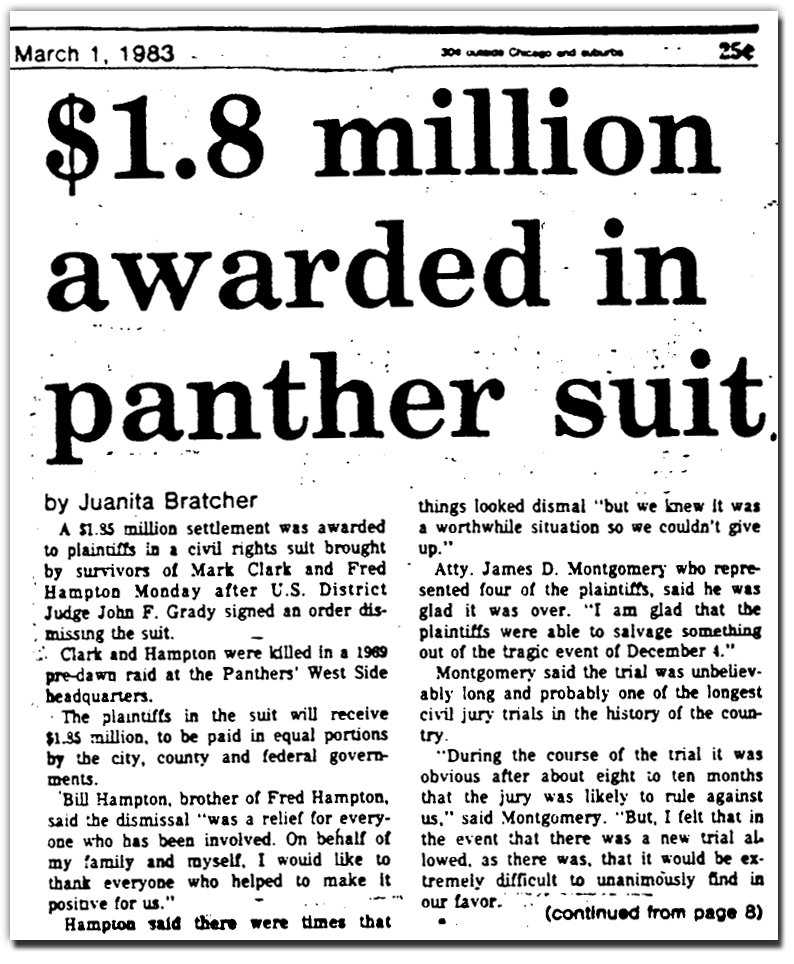 The murder of Fred Hampton and Mark Clark, and the subsequent 13 years of litigation, had a crucial formative and lasting impact on the People’s Law Office.  Not only did the lawyers and staff obtain a landmark decision and ground breaking settlement, but they also provided evidence of FBI misconduct to the U.S. Senate Committee, chaired by Senator Frank Church, that found in 1975 that the FBI’s COINTELPRO Program was bent on destroying the BPP and its leadership. 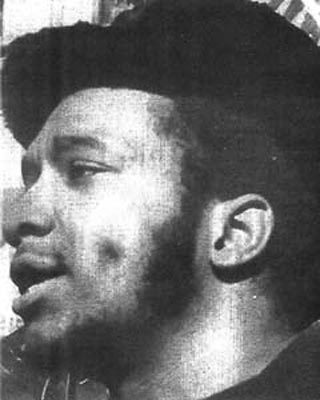 For more information on People’s Law Office’s work on this issue:

‘Nothing but a Northern Lynching’: The Assassination of Fred Hampton, featured on the HuffingtonPost, written by Flint Taylor.

Videos about Fred Hampton and the assassination:

Reports on the police raid and assassination:

1970 Report of the Federal Grand Jury Investigation into police raid