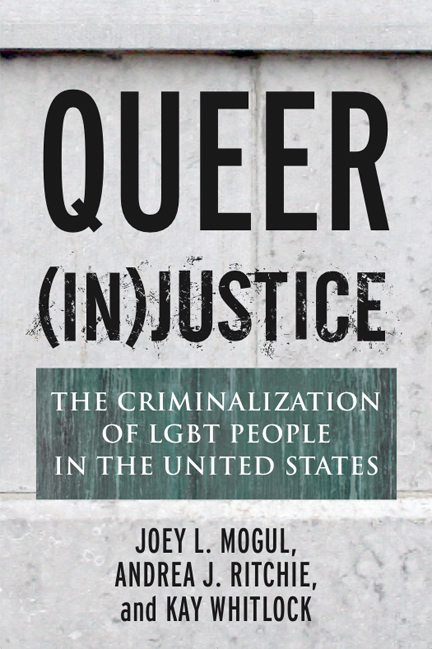 Since its inception, People’s Law Office has defended people ensnared in the criminal legal system. The office has consistently opposed the “tough on crime” and “law and order” agendas that drive the mass incarceration of people of color in this country and much of the work of People’s Law Office involves representing people who have been profiled, falsely arrested, and/or wrongfully convicted on the basis of their race.  Additionally, we represent lesbian, gay, bisexual, transgender or queer (LGBTQ) people who have been targeted or punished in the criminal legal system because of their gender identity and sexual orientation.  Many of these LGBTQ clients have been people of color who face intersecting forms of discrimination and oppression.

People’s Law Office continues to represent LGBTQ people in criminal cases where homophobic and transphobic presumptions serve as the basis for their arrest or conviction.  This includes representing transgender women who are frequently and falsely accused of solicitation or prostitution based on their gender identity, a phenomena so prevalent that is has been coined “walking while trans.”  For example, People’s Law Office is currently representing Bianca Feliciano, a young Latina woman, who was illegally stopped and searched by Cicero Police after being profiled as a sex worker because of her gender-identity.

People’s Law Office also currently represents several transgender and gender non-conforming people who have been illegally and unconstitutionally strip searched, harassed or discriminated against while in police custody.  For example, the Office has partnered with counsel in New York, to challenge the New York Police Department’s lack of policies and training on how to properly and humanely treat transgender and gender non-conforming people in police custody.  People’s Law Office also represents gay men who are falsely accused of engaging in public sex acts and LGBTQ people in detention facilities who face sexual and or physical violence, denial of medically necessary treatment, or other retributive and harassing conduct.

The office has also fought against homophobic prosecutions, such as the case of Miguel Castillo, a Latino heterosexual man, who was wrongfully convicted of killing a gay Cuban émigré in 1988 based on an entirely false, fabricated confession.  Police claimed Mr. Castillo confessed to murdering the victim because the man cheated on him, in spite of the fact that there was no evidence to suggest Mr. Castillo was gay.  Our office represented him in post-conviction proceedings, winning his release and innocence pardon, and later represented him in a civil rights action against the Chicago Police Department that settled for $1.2 million. 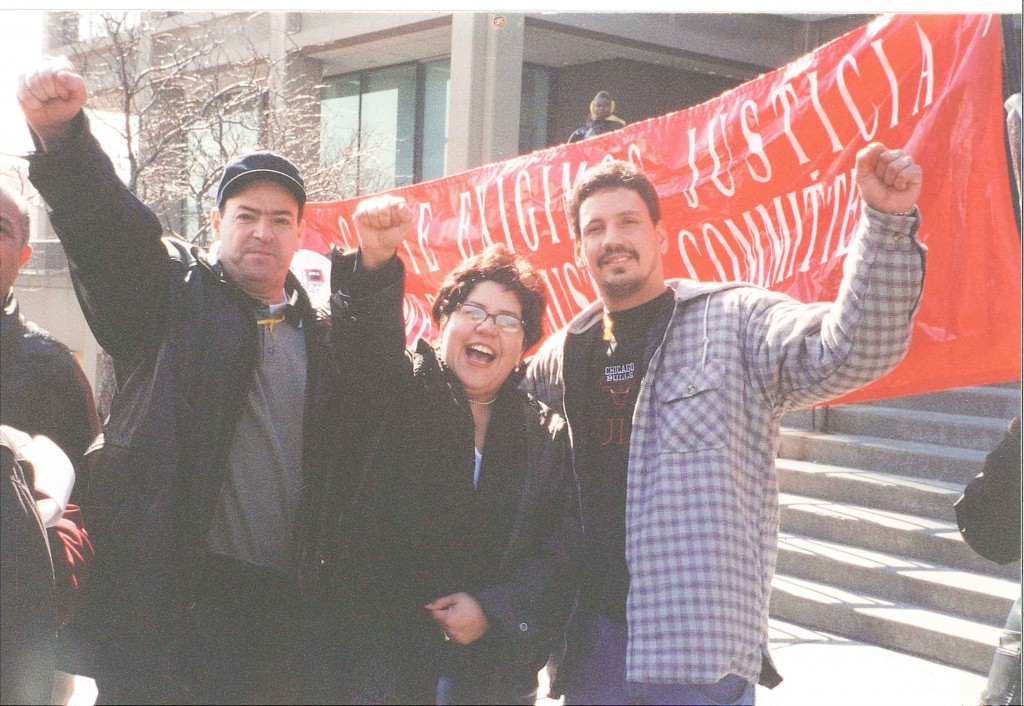 Another notable client is Bernina Mata, a Latina lesbian, who was convicted and sentenced to die in 1998 after Boone County prosecutors argued that the deceased made an unwanted pass at her and this so enraged her, as a “hard core lesbian,” that she killed him.  The Office represented her in post-conviction and clemency proceedings challenging the homophobic prosecutorial misconduct at her trial.  Her death sentence was commuted to life in 2003, like those of all others on Illinois’ death row.

People’s Law Office has also steadfastly supported LGBTQ activists who have been arrested or physically brutalized in the course of gay rights and queer demonstrations.  In the 1990s, attorneys with the office defended several ACT-UP activists physically brutalized by members of the Chicago Police Department at a National AIDS protest and subsequently sued police officers who had used excessive force against them.  Below is footage from an ACT-UP action where People’s Law Office represented activists who were arrested.

The office also defended three Queer Nation activists against criminal charges lodged against them for dancing in a suburban bar, dubbed the Dancing Queens case.  In 2003, the People’s Law Office successfully defended Deborah Mell (now an Illinois State Representative) when she was falsely accused of criminal conduct at a pro-gay marriage demonstration.

In addition to representing LGBTQ people, the People’s Law Office engages in work to educate the public about the way in which law enforcement officials use homophobic, transphobic and sexist practices to arrest, prosecute and imprison LGBTQ people.  Attorneys at the office also publicly advocate for policy changes that will reduce the harm LGBTQ people suffer in the criminal legal system.

For More Info on People’s Law Office’s work on this issue:

For more information about this work fighting against the criminalization of queer and trans people, read History of People’s Law Office