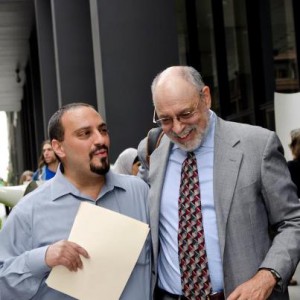 Just over two years ago, on September 24, 2010, FBI agents raided activist homes in Chicago and Minneapolis, seizing documents, computers, cell phones and personal items.  They also served 14 subpoenas on anti-war and international solidarity activists, ordering them to appear as witnesses before a grand jury investigating “material support for terrorism.”  In December of 2010, 9 additional activists who were particularly active in the Palestinian solidarity movement were served with subpoenas for the same grand jury, bringing the total number to 23.  All 23 activists refused to appear before the grand jury and the US Attorney’s office withdrew the subpoenas.

Over the past two years, the investigation into these activists has continued, causing a chilling effect not only on these 23 activists, but on a much larger community of individuals taking action in solidarity with Palestine and other oppressed people around the world.

On September 20th of this year, there was a press conference and protest held outside the Federal Building in Chicago in opposition to the continued federal investigation into the subpoenaed activists.  Speakers at the rally included professors Barbara Ransby and Bernadine Dohrn, civil rights attorney Michael Deutsch of People’s Law Office, Cook County Commissioner Jesus “Chuy” Garcia and People’s Law Office client Hatem Abudayyeh, a Palestinian activist who was subpoenaed and had his home raided.

On the same day, a letter signed by clergy, civil rights lawyers, activists, educators and other community members demanding that the investigation be terminated.

For more information on this investigation and the community opposition to it, visit the website for the Committee to Stop FBI Repression

For more information about the work of our lawyers defending civil liberties, visit the  Political Repression and Grand Juries page on this site