On August 10, 2018, the Seventh Circuit Court of Appeals in a unanimous decision authored by the Honorable Diane Wood rendered an important victory to the plaintiff in a wrongful death in custody case brought by the People’s Law Office. Not only was the case remanded for a new trial, but in a precedent-setting portion of the decision those responsible for the safety and welfare of pretrial detainees will be held to a higher standard of care requiring them to reasonably protect and provide adequate medical care to those in their custody. 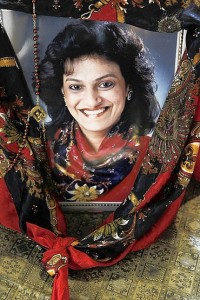 In late 2011, Lyvita Gomes, an Indian national, was taken to Lake County Jail for not having appeared for jury duty, even though her immigration status made her ineligible for jury duty. She told the arresting officer she was not well and when she got to the jail, she told her jailers she was not going to eat until she got home. She was placed on suicide watch and for the next 15 days, she didn’t eat or drink, and she barely spoke.

During those 15 days, the Correct Care Solutions private contractor personnel at the jail watched her as she wasted away, losing weight, becoming dehydrated, unstable on her feet and then immobile. No one intervened to assist her or provide her necessary mental and physical healthcare. The jail psychiatrist diagnosed her with Psychotic Disorder Not Otherwise Specified and reported:

It is obvious that patient is in a psychotic state of mind, whereby her judgment is   impaired. Her responses are not based on reality. She is deemed clinically incompetent to participate in her treatment plan. Patient does not understand the risks of not having adequate nourishment. She is likely to jeopardize her physical well-being by her actions.

He took no action other than warn her she could die. The internist, rebuffing nursing reports that she was deteriorating, did nothing except tell the nurses to continue monitoring her and keep warning a nonresponsive Ms. Gomes that she could die.

On the 15th day, another internist saw her, and shocked that she had been allowed to lapse into a state of severe dehydration and multiple organ failure, called an ambulance to rush her to hospital. At the same time, jail personnel finally went in to court seeking a bond reduction and she was technically released from custody. Tragically, it was too late to save her life and days after her arrival at hospital, Lyvita Gomes died as a result of complications of starvation and dehydration.

At the 2016 trial, Lyvita Gomes’ sister and brother-in-law traveled from London, England to testify and the Estate was represented by a community member who was called into service as a result of outrage in the immigrant and Latinx communities of Waukegan over the death of a woman in the custody of the Lake County Jail. The trial court refused to allow the jury to consider whether the psychiatrist and internist caused her death and whether they failed to protect her from herself. The jury awarded damages of $119,000 against a jail social worker for the pain and suffering endured by Lyvita Gomes over the 15 days on incarceration. The Seventh Circuit Court of Appeals ruled that there was sufficient evidence to hold the psychiatrist and internist liable for Lyvita Gomes’ death, and remanded the case back to the trial court to give her Estate the opportunity to have a jury consider their liability and provide damages for her death, on constitutional theories as well as medical malpractice.

In the decision that changed the analysis of constitutional claims brought by pretrial detainees, the appellate court ruled that the standard of proof for denial of adequate medical care and failure to protect claims  is now and in the future will be “objectively reasonable” and not “deliberate indifference,” holding that the lower standard set forth in  Kingsley v. Hendrickson, 135 S.Ct. 2466 (2015) applies in this Circuit.

Coverage of the Decision by Courthouse News Service

Our office’swork on jail death cases